The most notable time Remote Viewers have been of assistance was in 1979 when a Soviet Tu-22 bomber, outfitted as a reconnaissance aircraft was lost in Zaire. The location of the aircraft was pinpointed on a map by a remote viewer, while other means of intelligence had failed, because the wreckage was obscured from sight by a thick jungle canopy and satellite imagery was of little use. The case became a famous part of history because President Jimmy Carter later admitted publicly to the plane being located by means of Remote Viewing.

During World War II a US Coast Guard rescue plane went missing over Greenland. Its crew went out to rescue another crew of a B-17 Bomber that had crashed on the remote icy terrain in Greenland. This rescue plane was a Grumman J2F4 Duck, which can land on both land and water. The team consisting of pilot John Pritchard and radioman Benjamin Bottoms, managed to rescue some of the B-17 crew. After they went out a second time, on another rescue attempt, they managed to take one person on board, they took off and made radio contact, after which they disappeared in bad weather. This plane, the crew and their passenger have never been found.

Reports of Duck Being Found

There are several online sources that report the Grumman Duck and the missing service men have been located. However, these reports have been jumping to conclusions and substantial evidence is yet to be found.

After years of researching maps and historical accounts, making calculations of glacial movements, the rescue teams have narrowed down the search area. There has been a hopeful indication in one particular spot where the team melted several holes in the ice and used a camera to see what was embedded in the ice. Of the 10 holes they created, 1 showed a possible sign of cabling that could be consistent with cables used on the Grumman Duck. It is understandable that this possible cable was an exciting glimmer of hope after 10 years of actively searching for this aircraft and its crew. However, the plane is still missing and the search and rescue mission is not over!

An aviation history enthusiast and supporter of the search and rescue mission, asked if Remote Viewing could help locate the Duck. The Remote Viewing team was to attempt to sketch and describe the current location of the missing Grumman Duck J2F in Greenland. They were given only two sets of four random digit numbers that were associated with this task. Their directive: Sketch and describe the target at the current location. Four people from around the world, who had no idea what it was they were looking for, and yet they managed to produce a lot of valuable information. This could be a missing person, a car, a stolen artwork, lost papers, or even a UFO! The Remote Viewing Team presented some astonishing information. 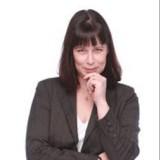 Don’t forget that the plane carrying billionaire Steve Fossett was found as well by Ed Dames and co. Apparently it went down in the Sierra Nevada (as opposed to the Nevada) district in America. Also Amelia Earhardt’s plane was found on a small Pacific Island and she was abducted by Japanese shortly thereafter.